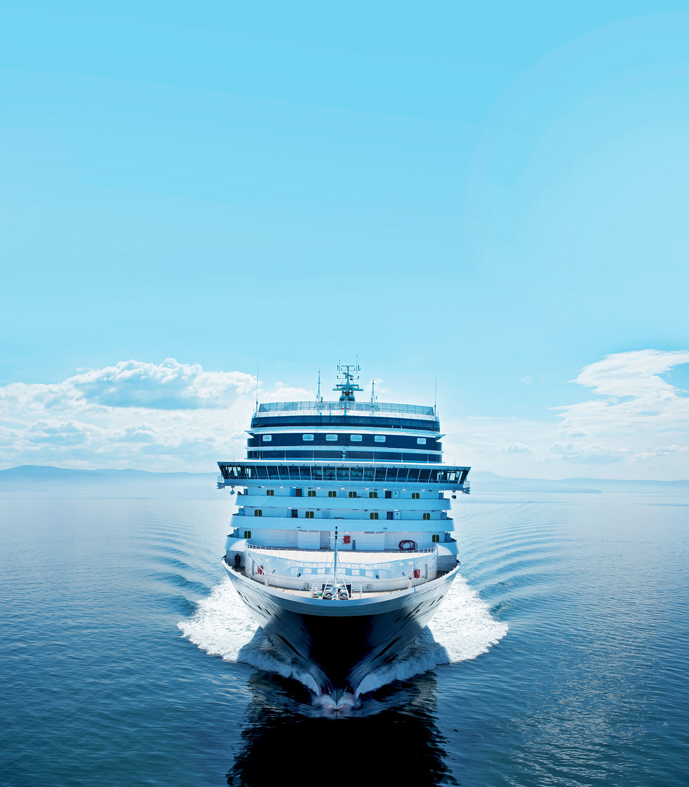 Live music has been a time-honoured staple of ocean cruising and, for Holland America Line, that has always been true; the line has made a point of standing firm in the face of competitors who slowly ratcheted back these live nightly performances in favour of other forms of entertainment.

Just when it looked like things might change, Holland America doubled down. Not only does the innovative Music Walk entertainment precinct share the rhythm with live music at venues such as Billboard Onboard, B.B. King’s Blues Club, Rolling Stone Rock Room and Lincoln Centre Stage, but now the line’s classic vessels are coming to the party too.

Postmodern Jukebox, a rotating music collective that has become well-known for its inventive and entertaining reworkings of modern songs into vintage genres such as jazz and swing, is bringing its unique blend of musical stylings on board Rotterdam in 2019 as she sails itineraries through the heart of the Caribbean, Panama Canal and Europe—not to mention the ship’s time-honoured transatlantic crossings.

In 2019, Postmodern Jukebox On Deck will also be on board Nieuw Statendam in May and Zuiderdam in June. The collective brings two exciting shows to sea, both exclusively created for Holland America Line.

At The Rendezvous is a day in the life of the Roaring Twenties, with great hits reimagined by Postmodern Jukebox into jazz classics. You might hear Christina Aguilera’s ‘Beautiful’ redone as a smoky postwar hit, or a strikingly quiet rendition of Phil Collins’ ‘In the Air Tonight’.

The Golden Age brings to life some of the band’s most popular and iconic songs. Lady Gaga’s ‘Bad Romance’ turns into a turn-of-the-century classic that wouldn’t be out of place in the great age of swing, while Radiohead’s ‘Creep’ becomes a 1950s ode to insecurity. 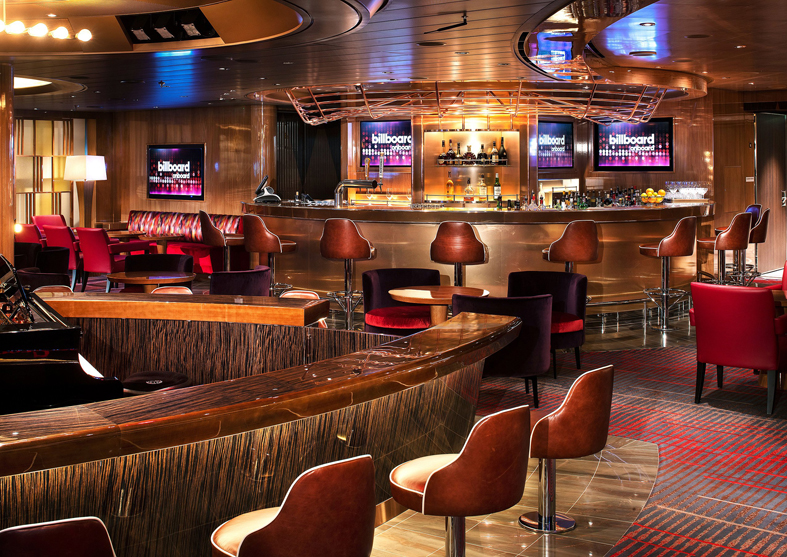 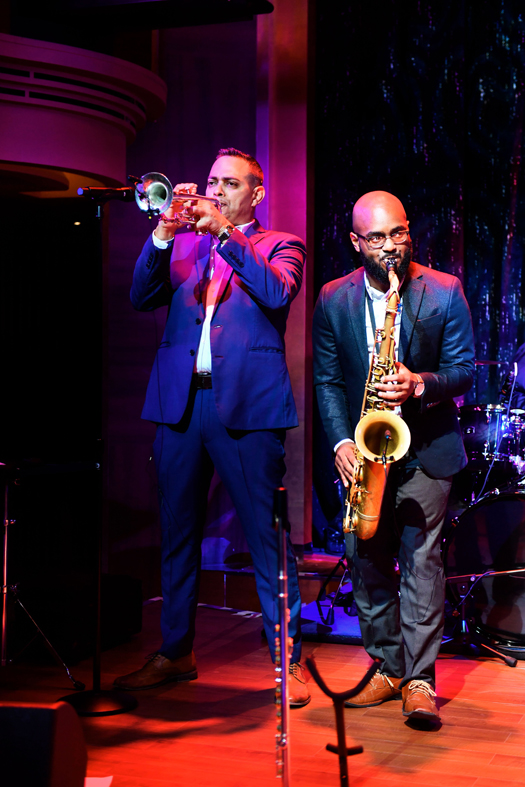 Few forms of entertainment are as universal as music, and Holland America Line rolls out the red carpet in that regard on board its newest ‘Dam’ ships. Guests sailing on the brand-new Nieuw Statendam and her sister Koningsdam will be able to experience one of the newest innovations to the Music Walk.

In December 2018, the Rolling Stone Rock Room, a partnership with Rolling Stone magazine, debuted on both vessels. Here, guests can enjoy four decades’ worth of complimentary music each evening, with a five-piece live band kicking out the hits until the wee hours. 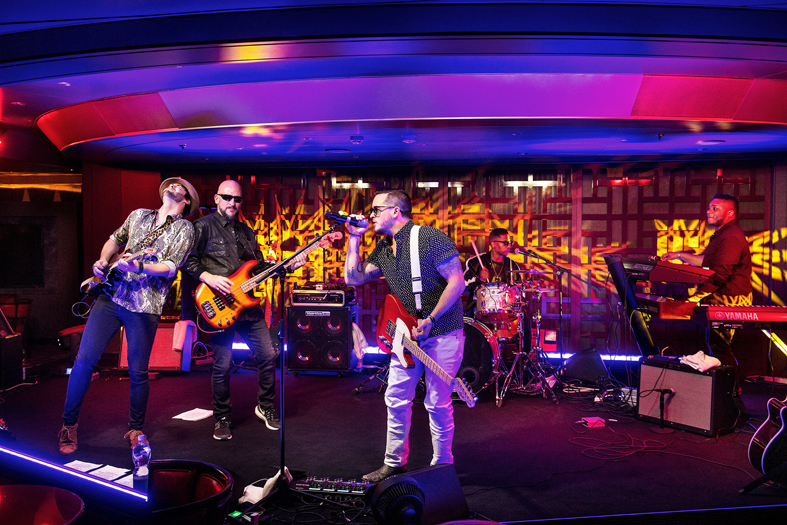 Music at the Rolling Stones Rock Room is culled directly from Rolling Stone’s own list of chart-toppers from the past 40 years. With so many well-known (and well-loved) songs at their disposal, bands on board Nieuw Statendam and Koningsdam can select their song line-ups from hundreds of toe-tapping singles.

Expect a fun, energetic crowd of cruisers of all ages here. Listen to the music while nursing a cocktail, or belt out the lyrics in an all-out singalong—the choice is yours.

Holland America Line has always had a certain special quality to it. Founded in 1873, the line has managed to spend more than a century balancing the traditions of the past while looking toward the future.

The onboard atmosphere is convivial but not stuffy; a place where cruisers young and old, new and experienced can each find something that appeals directly to them. Holland America’s Music Walk is just such an innovation. 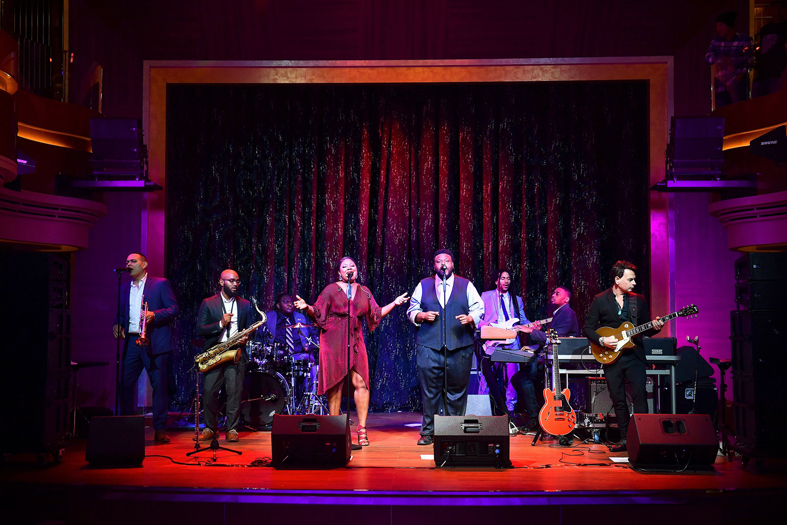 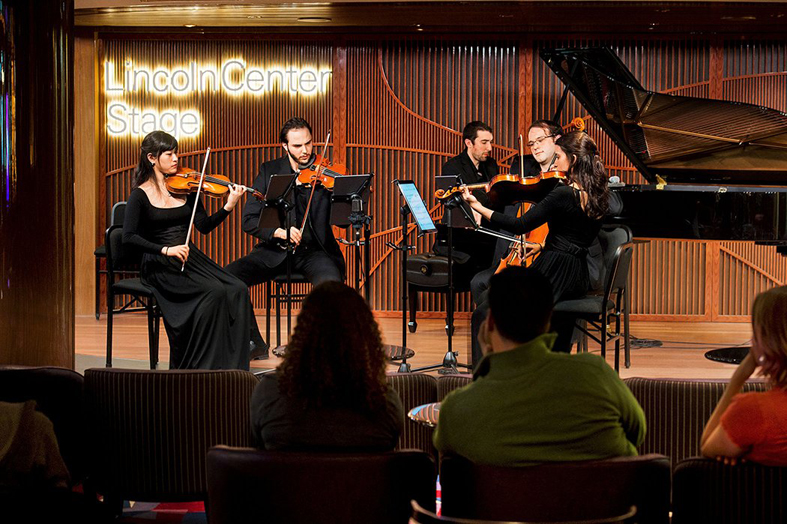 Designed to allow guests to move from one public room and musical style to another with ease, these venues often draw crowds so large that fellow guests stop in the corridors to check out what is going on inside.

Held in the crescent-shaped Queens’ Lounge, B.B King’s Blues Club sets up shop in the evening and plays until late—no tickets or payment required. Don’t be surprised if you stay for multiple sets; this is one of the best musical acts at sea.

Billboard Onboard, also complimentary, is fun and rollicking, with duelling piano acts, high-tempo hits and electrifying energy. Indeed, it may be hard to resist being pulled into this open-style piano bar for a nightcap or a pre-dinner cocktail.

Holland America Line’s old piano bars had walls and were small, closed-in spaces. Billboard Onboard strips the walls away and opens things up, allowing guests to even stand in the corridor and watch the show. It will be added to Noordam in November 2019.

You can rock the night away in the Rolling Stone Rock Room, a partnership with Rolling Stone magazine, which debuted on Nieuw Statendam and her sister Koningsdam in December 2018.

Lincoln Center Stage rounds out the mix with a menu of classical music that is sure to please. Open during the pre-and-post dinner hours, this venue is conveniently located in the popular Explorer’s Lounge cocktail bar that’s found near the dining room on most ships. If you like your music subdued but high quality, this is the place to be.

And if you like the thought of sailing on an ocean of sound, Holland America Line hits the right notes. 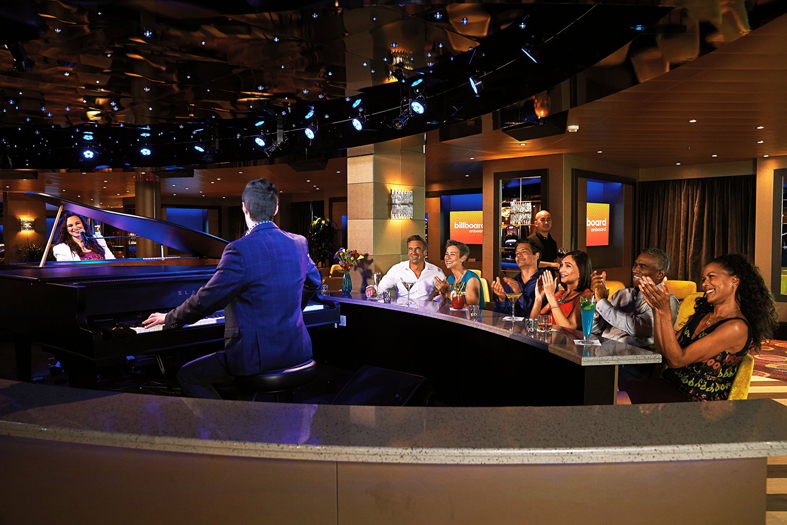 We can easily package this cruise to include flights, tours, accommodation, travel insurance and what ever else you require.