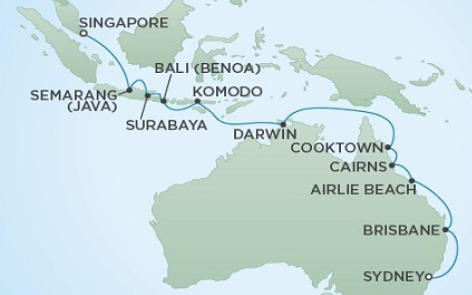 Seven Seas Explorer® is spaciously intimate, breathlessly elegant and perfectly staffed to offer Regent Seven Seas Cruises’ special brand of all-inclusive luxury. The summer of 2016 will herald not only the launch of the most luxurious ship to sail the seven seas, but also the moment when you can experience the new standard in elegance and sophistication. Journey to the world’s most beautiful places in spacious designer suites, indulge in a decadent treatment at the world renowned Canyon Ranch SpaClub®, enjoy a musical performance in a plush lounge, and delight in extensive gourmet dining throughout the day and night.

Highlights of this cruise:

Semarang
Semarang is a city on the north coast of the island of Java, Indonesia. A major port during the Dutch colonial era, the city is known in Indonesia for its large ethnically Chinese population. Today, Semarang is a commercial port and administrative capital of Central Java. More a business center than a city for tourists, it is, however, an excellent gateway to the mountainous interior of Central Java and only some 60 miles away from world-famous Borobudur.

Darwin
Along the coast of the Northern Territory lies Darwin, a city isolated by the vast Australian desert. The area was sought by the French, Dutch and British, and was established as the town of Darwin in 1869. In 1942, the city was under the threat of a Japanese attack, so a major Australian military base was established. Today Darwin is the largest city of the Northern Territory, offering sights from its colonial past and excellent shopping and dining opportunities.

Cairns
Cairns is the capital of Far North Queensland, and its east coastal cities rest along the Great Barrier Reef. The state of Queensland occupies a vast 667,000 square miles and much of the land remains uninhabited, covered with miles of rainforest where Australian teak, hopp, pine and fig trees abound. Before 1879, when the city of Cairns was established, the only inhabitants of this region were the Aborigines, the culture for which Australia is perhaps best known. 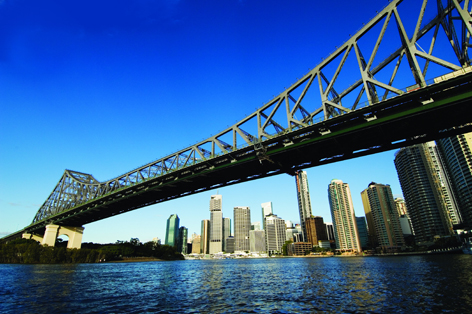 Brisbane
Brisbane, the third largest city in Australia, is the state capital of Queensland and the most populous city of Queensland. The settlement grew from an original penal colony, established in 1825. Free settlers were permitted in 1842 and Queensland was proclaimed a separate colony in 1859. Due to its growing live music scene, Brisbane was nominated as one of the Top 5 International Music Hotspots by Billboard magazine in 2007.