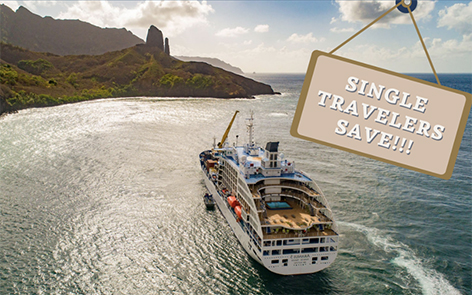 Cruise in the Marquesas, the mythical Archipelago

Aranui 5 is a boutique cruise line that transports passengers and freight to remote areas of French Polynesia. Discover the Marquesas is our main historic cruise, spanning 12 days and 11 nights. This cruise travels to the Marquesas and Tuamotu islands that are rich in culture and mythical legends. Passengers will gaze upon lush unexplored valleys, crystal clear lagoons and sky-high peaks that were once believed to be the home of the Gods. Staffed with a Polynesian crew, guests will be surrounded by culture on land and out at sea. We can’t wait to say “Kaoha Nui” and welcome you on to an Aranui voyage!

Mythical and mystical. A land that has beckoned explorers and inspired writers, painters and artists. A rugged and breath-taking landscape of peaks, valleys, plateaus, and cliffs. A nation of proud and formidable warriors long ago, distinct from Tahitians, with their own language and culture. A people where a simple smile will win them over. The Marquesas Islands is a world unto itself. 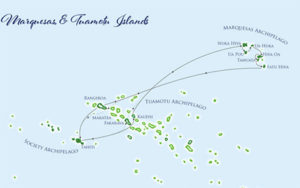 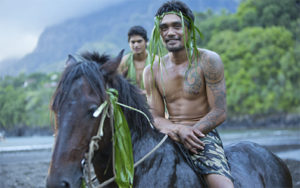 Located 1,500 km northeast of Tahiti, the Marquesas archipelago consists of 12 islands, only 6 of which are inhabited. The Marquesas Islands emerge from the Pacific Ocean, high and lush. Nature is raw and its charm powerful. It is a land of stories and legends, as fascinating as it is unforgettable. Welcome to the Marquesas, the “Land of Men”.

Henua Enana should be the name one retains of the Marquesas. Each island of the archipelago is one of the foundation pillars of a divine house, built for mankind by Oatea and his wife Atanua. 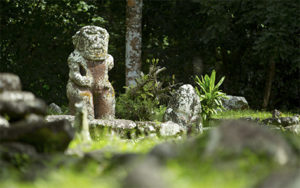 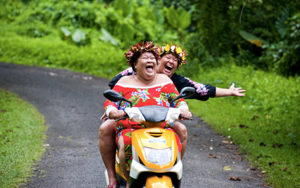 The two large pillars are represented by the island of Ua Pou; the ridge beam by Hiva Oa; the other beams and rafters by Nuku Hiva; Fatu Hiva, representing the roof; and Tahuata the light at dawn; Mohotani, the song of a bird; and all the remains from the construction became the island of Ua Huka. After the era of the gods came the era of men. However, Spanish prowess, having launched its galleons all over the world as early as the 15th century, decided otherwise. Thus the name Marquesas was given by the Spanish explorer Alvaro de Mendana in 1595, while the four southern islands, observed or explored by sailors from the Spanish expedition, were given the names of saints: Santa Magdalena (Fatu Hiva), Santa Dominica (Hiva Oa), Santa Cristina (Tahuata) and San Pedro (the black rock of Mohotani). The Northern ones were given the honour by an American Joseph Ingraham, , in 1791, who renamed them: Ua Huka became Federal; Nuku Hiva, Washington and Ua Pou, Adams Island. 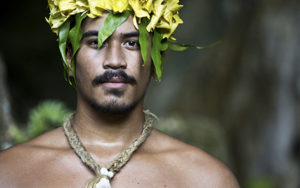 Posterity soon forgot those names which the Marquesans had always ignored. Meanwhile the Frenchman Etienne Marchand took possession of the archipelago in the name of France and its new regime. These now became the islands of the revolution. History takes a passing delight in these titbits, although only the name ‘Marquesas’ remains. From this administrative denomination, poetry took hold and finally we, the islanders, loved the gentleness of its name. But for you, visitors who wish to feel the history and emotional power of the Marquesas, remember this: these islands at the end of the world are called Henua Enana, the Land of Men. 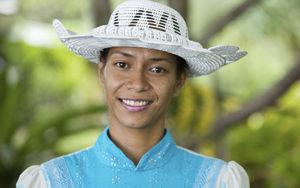 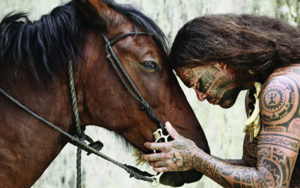 According to Marquesan legend, the creation of the archipelago represents a house built by the god Oatea for his wife Atanua.