Holland America Line (HAL) has been in the cruise business for 146 years and its fleet of 15 premium ships takes guests to more than 400 ports around the world. The line has a sizeable presence in Europe, where six ships will sail in the eastern and western Mediterranean and Northern Europe in 2020.

The ships are renowned for their fabulous art collections and live music venues, where you can enjoy everything from classical music to hard rock and the famous B.B. King’s Blues Club.

What’s not so well known is their popularity with multi-generational family groups, particularly on shorter European itineraries—all the ships have kids’ clubs, family-friendly shows, children’s menus and interconnecting cabins. 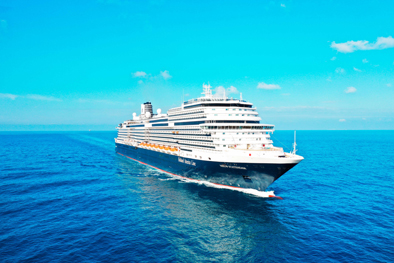 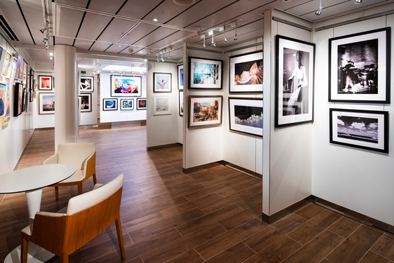 Nieuw Statendam is sailing in the Mediterranean and Northern Europe until late autumn, when it heads to the Caribbean before returning the following spring. The outstanding 22-night Iberian Adventure & Mediterranean Mosaic itinerary departs Amsterdam in mid-September, calls at Cork in Ireland and then sails around the Iberian Peninsula before going to Rome and the eastern Mediterranean. This cruise has something for everyone: foodies, wine lovers, culture-vultures and history buffs.

Portugal’s Lisbon is just one of four captivating capitals you’ll visit. Less crowded than many European cities, it is packed with character, culture and colour—literally, with its many beautiful tiled facades—while retaining an old-world, lived-in atmosphere.

In Spain, Cartagena is something of an unsung hero. Its stunning natural harbour has been an important trading centre for thousands of years and HAL offers an excellent guided walking tour that takes in Roman ruins and traditional tapas bars in the winding backstreets.

In Naples, Italy, you can explore the city or take tours to Sorrento on the Amalfi Coast, the lovely island of Capri or historic Pompeii. Another option is a guided tour of the archaeological site of Herculaneum, Pompeii’s smaller, less famous neighbour. While Pompeii was engulfed in volcanic ash when Mount Vesuvius erupted in 79 AD, Herculaneum was buried in hot mud that preserved many of its buildings, mosaics and marbles. It’s a tough call—there’s so much to see and do at every port, you’ll have to contend with a bit of FOMO.

Holland America Line (HAL) ships are renowned for their fabulous art collections and live music venues, where you can enjoy everything from classical music to hard rock and the famous B.B. King’s Blues Club.

What’s not so well known is their popularity with multi-generational family groups, particularly on shorter European itineraries—all the ships have kids’ clubs, family-friendly shows, children’s menus and interconnecting cabins. 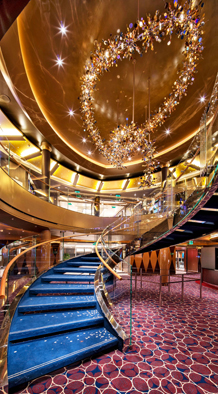 In a nod to its legacy, it is the sixth ship to bear the name Statendam. Like Koningsdam, Nieuw Statendam’s elegant interiors have a musical theme, both in their flowing design and original artworks; self-guided audio tours are a must-do for art lovers.

Dining is a highlight of the cruise. Included in your fare is The Dining Room, a sophisticated two-level restaurant where menus feature regional specialities; Lido Market, a light and airy space with food stations serving an array of dishes; New York Deli & Pizza; and poolside Dive-In, for burgers and hot dogs. At Grand Dutch Café there’s a charge for specialty coffees and teas but the delicious Dutch snacks are free.

One of the many imaginative onboard activities is the acclaimed BBC Earth Experiences program featuring screenings of outstanding wildlife films accompanied by live performances of perfectly synchronised music.

Evening entertainment ranges from the innovative Music Walk to theatrical shows in the high-tech World Stage venue. And if you just want to kick back with a quiet drink, Nieuw Statendam has lots of stylish bars and lounges to choose from.