Family cruising is bigger and better than ever, with cruise lines competing for the next wow-factor 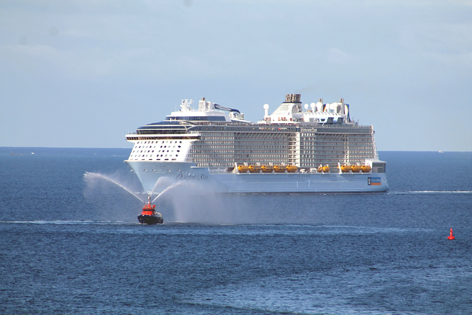 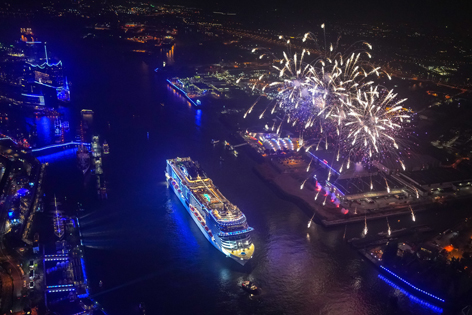 Cruising has become a family holiday destination and cruise ships aren’t in the game unless they offer a fulsome range of family-friendly thrills. Standard inclusions these days include a basketball court, mini tennis court, table tennis, putt-putt golf, video arcade and huge movie screen. Most ships also have kids’ clubs, which provide an extra raft of fun pursuits and adventures with like-minded and like-aged cruisers.

We’ve come a long way since shuffleboard and belly-flop competitions were the pinnacle of cruise entertainment.

If you are building your family cruising holiday from the ship up, you can’t go past Royal Caribbean’s fleet of floating amusement parks. Generally considered the market leader when it comes to the production of megaships and firsts-at-sea, Royal Caribbean reached new heights when it introduced the North Star on its Quantum-class ships. This glass-enclosed pod is like a small version of a London Eye capsule and rises 91 metres into the air above the deck and out over the side of the ship.

Royal Caribbean’s newly refurbed Navigator of the Seas has upped the ante in the waterslide wars by not only renaming it an “aqua coaster” but introducing jets to propel riders uphill, in addition to the more conventional, gravity-influenced route. It’s called The Blaster, and along with Riptide – a headfirst waterslide which includes a curve out over the side of the ship – everyone can look forward to hours of soaking good fun. 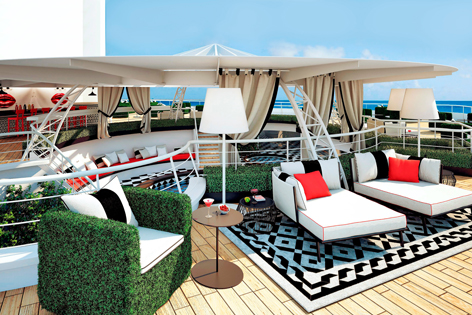 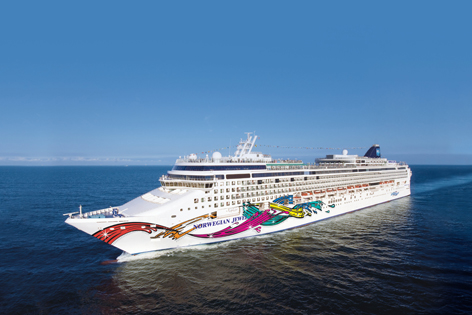 The cruise options for families are seemingly as endless as the lazy white wake stretching into the deep blue distance behind you.

A trailblazer in the first-at-sea-next-big-thing space is Norwegian Cruise Line. NCL created a roar – as opposed to a splash – when it installed two-level race tracks on the top decks of Norwegian Joy and Norwegian Bliss. Seriously competitive, the electric go-karts can reach speeds up to 48 km/h and the track includes a covered pit lane, floodlights, timing system and a viewing platform for spectators. On its newest ship, Norwegian Encore, the track is even longer, stretching to 335 metres. Encore also boasts a virtual-reality maze, laser-tag arena and two water parks.

Princess Cruises is installing digitally enhanced escape rooms with hundreds of different outcomes depending on the choices you make in the interactive game. Its Medallion Class ships are so called because they have the high-tech OceanMedallion system, a clever way of keeping track of your young cruise mates through the 8000 sensors on the ship. The system will also unlock your stateroom door as you approach and you can order food or a drink and they will deliver it to you anywhere on board.

But wait, there’s more. P&O’s Pacific Explorer and Pacific Dawn offer a Walk the Plank experience. Disney Cruise Line’s AquaDuck is a four-deck-high flume ride. Two Carnival ships have IMAX theatres and the SkyRide bike ride, 45 metres above the top deck on a 244-metre track. Royal Caribbean’s Symphony of the Seas even has luxury family suites for up to eight guests with a slide from the kids’ bedroom down to the living room.

The only complaint you’ll hear from the kids is they don’t want to disembark. 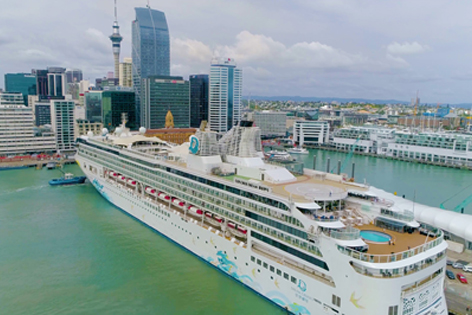