Explore the hidden gems of Asia

Asia is one of the most beautiful destinations to travel too in the world. Rich culture, delicious foods, and breathtaking scenery – it’s a place you can truly immerse yourself in.

With so many bucket list sights to see, from the awe-inspiring Halong bay in Vietnam, Great Wall in China, stunning Taj Mahal in India, and beautiful Mekong river in Cambodia. It’s no wonder so many travel from across the world, just to see these phenomenal sights.

However, there are a number of hidden gems located all around Asia, and we have chosen some of the most beautiful to inspire you on your next trip to Asia. 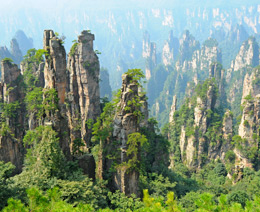 This protected natural wonder consists of thousands of narrow quartzite-sandstones formations, many of which rise over 200 meters above sea level, making it a unique scenic experience.
While these massive karst pinnacles and spires might dominate the scenery in the Zhangjiajie mountains, this beautiful landscape also encompasses the world’s longest and highest glass-bottomed bridge, stunning waterfalls and pools, ravines with streams, large caves, as well as endangered plant and animal species.

If you have watched the movie Avatar, you are probable already familiar with this place or in any caseyou will definitely recognize the distinctive pillar-like mountains, since the movie was based at this location. 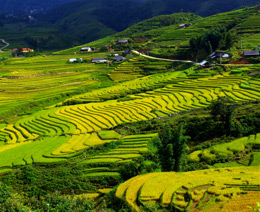 The Sapa Rice Terraces are located in the northern mountainous provinces in Vietnam.

Created by weathered granite rock and mountain cliffs, and established by the French in 1922 as a hill station, Sapa Rice Terraces today are a huge toiursit attraction.

Explore Sapa’s spectacular panorama views and embrace a plunging valley surrounded by mountains on all sides. The local hill-tribe people have through generations of generations grown rice in the fields here that stretches from the beginning of the mountains to almost the very top of them.

Apart from enjoying the scenic valleys that expand as far as the eye can see, you can immerse yourself in the local tribes’ tradition, life and culture that thrive on extremely hard work, which goes back many generations.

In September and October, the rice fields are ripe, which gives the rice terraces a golden slick scarves flying above the green mountain slopes like a wind, making the whole valley and mountain landscape look otherworldly beautiful. 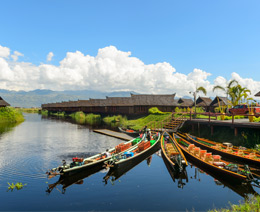 This freshwater lake is located in a gorgeous valley surrounded by mountains along the horizon.

Lake Inle is one of Myanmar’s most captivating places, and with no roads or sidewalks, both the locals and visitors have to get around in a one-person wide wooden boat equipped with outboard propellers, which justifies all the hype around this adventure.

Cruise along the lake and explore a different world, where the people of Inle Lake, some 70,000 of them, live in villages bordering the lake itself as well as small shores.

Along the way, you will explore the uniqueness of the villages, which consist of rustic single- and two-story wooden stilt houses.

Even watching how the Fishermen work the lake, using a fascinating one of a kind one-legged paddling technique, is worth exploring. 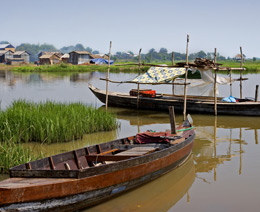 Located almost in the middle of Cambodia, you will find the largest freshwater lake in Southeast Asia, called Tonle Sap Lake.

Travel along the floating villages and discover a very different way of life where even schools, shops, and hospitals are floating in the lake. The lake is also home to towering stilted houses, and countless of agricultural activities, such as rice planting and harvesting, massive fish traps, duck and even crocodile farming.

The lake’s dramatic dimension changes are a natural phenomenon. During raining season from May to October, the lake will be overflowing with water from the Mekong River, expanding its surface to more 7,400 square miles. During this season, the lake provides half of the fish supply for Cambodia.Come dry season from November to March, the lake’s dimensions are very different, measuring only about 1,200 square miles. 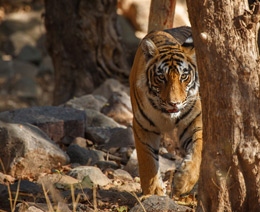 Periyar Wildlife Reserve is a protected region near Thekkady, and is one of the most popular national parks in southern India. The park is particularly popular for its tigers and elephants.

The park covers an area of 357 square miles, in which you will discover rare, endangered plant and wildlife, and, the park even has a 12 square mile artificial lake created by the British in 1895.

Dig in and explore the hills and jungle scenery, while having the chance of spotting bison, wild boar, sambar, langur, hundreds of elephants and even tigers.

You can either explore the wildlife on a boat cruise or take the journey by foot, led by a tribal villager. 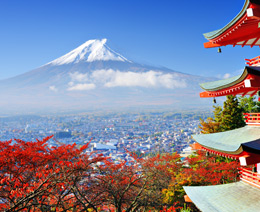 Mount Fuji in an active volcano, though the last time it erupted was back in 1707.

The perfectly shaped mountain is considered one of Japan’s three sacred mountains, and not surprisingly has been a pilgrimage site for centuries with hikes to the top being a very popular activity.

On clear days Mount Fuji’s iconic snow-capped peak, can be seen, from very far away however, clouds and poor visibility often makes it difficult.

In 2013, the volcano was granted a World Heritage status for its “cultural” rather than its “natural” heritage site, mainly because the Volcano has been inspiring artists and poets for centuries.